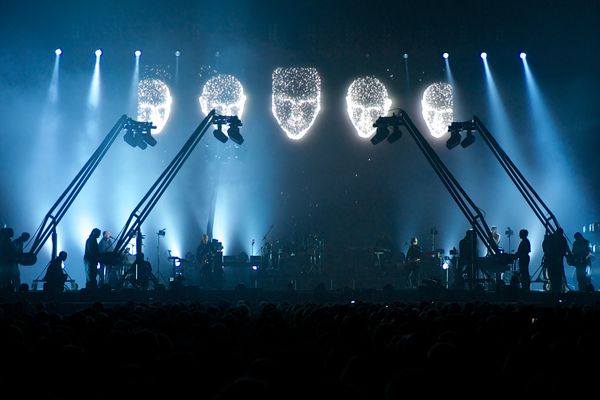 Celebrating the 25th anniversary of hit album ‘So’, the tour spans Peter’s illustrious career, including a performance of the album in its entirety and features the original ‘So live’ 1987 band lineup. It is described by the innovative artist himself as a ‘three course show’.

In response, Rob’s inventive and dynamic lighting kicks off with the house lights up, then slowly slips into performance mode. Rob chose to use Jands’ Vista control platform for a number of reasons: “Firstly, it’s fast and instinctive to use. At The O2 arena, London I needed to modify every cue for filming and it only took me a couple of hours!” Rob says it feels like it’s actually an extension of his brain.

Secondly, the latest Vista v2 software release has Rob impressed: “Some of the time I need to do relatively simple programming and the console makes that easy and frictionless. However sometimes I need to set up more complex sequences. This is where the console really comes into its own, allowing me to burrow deep into the detail of a cue.”

“Thirdly, I use the cloning, copy and pasting features regularly. I can change an entire rig, and by adjusting a few presets I know my show will run as I expect.”

Rob has used the Jands Vista platform since 2005. “The console operates visually, so I don’t need to do any unnecessary math,” he explains. “The timeline shows me exactly what I’ve recorded and allows me to identify where something needs adjusting. The ability to copy and paste events between completely different types of fixtures in different songs is nothing short of miraculous!”

Rob comments. “I love that the show file is constantly evolving. Every small change, every slight move forward gets me closer to the never attainable dream of perfection.”

The premise of the design began with an idea to re-use and re-engineer the camera style boom arms from the original ‘So live’ tour. The design featured over 100 Martin Mac Auras, Mac 2k washes and Clay Paky QWO 800s.

For Rob, the Jands Vista platform is the only choice. “The Vista helps me by being powerful yet simple, enabling me to get the artist’s and my ideas from our heads and onto the stage. It’s quick to achieve the simple, yet I can also delve deeper and deliver complex programming quickly. The added bonus is the support. It’s comforting to know that there are always people on my side if ever I have a problem, regardless of where I am in the world.”

The European leg of the ‘Back to Front’ world tour commenced in September, culminating with a series of UK dates which were recorded for a future DVD release. Following the phenomenal response, Peter recently announced further shows in April/May 2014.

The rights and ownership of all trademarks are recognised. The information contained herein is correct at the time of printing, however as we are constantly refining our product range we reserve the right to change the specification without notice. E&OE.